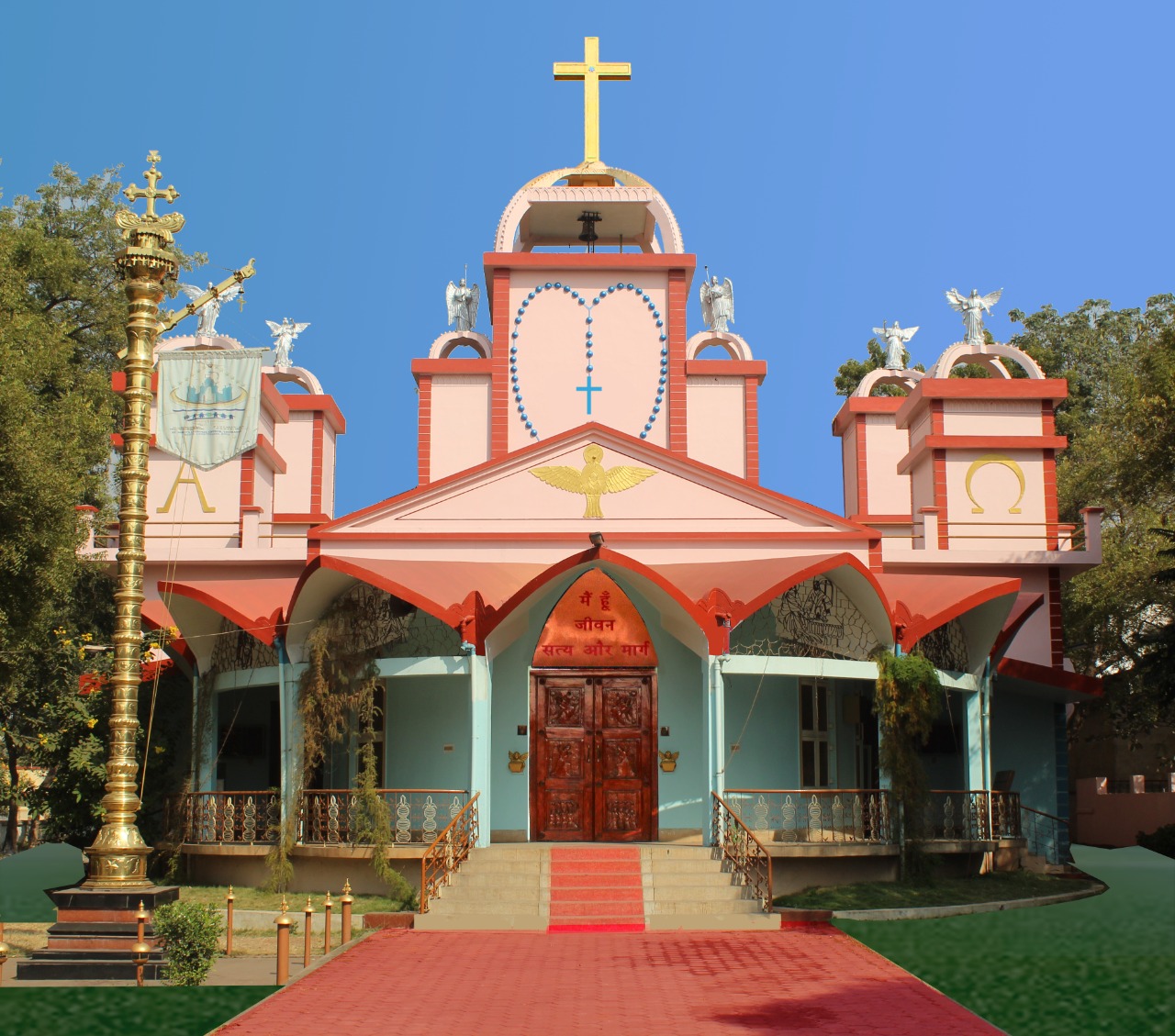 Before becoming an independent parish, Tatiband was looked after from Raipur. Assisi Sisters of Mary Immaculate opened a dispensary and a home for the aged at Tatibandh in 1967. But they eventually withdrew from Tatiband. Rev. Fr. Edward De Meulder, SJ was the first parish priest. He was in contact with nearby villages. At a later stage, the Sisters of the JMJ Congregation started an English Medium School for which all the necessary arrangements were made by Rev. Fr. De Meulder himself. Later on they started a Hindi medium school also. Rev. Fr. De Meulder was followed by Rev. Fr. Felix Punnakkattuchery, SAC. JMJ sisters have their Provincialate at  Tatiband as Raipur became a province of the Congregation. The parish has grown in its size due to the growth of Raipur city which has become the Capital of Chhattisgarh state. The new Church was constructed by Fr. Thomas Vadakekary.