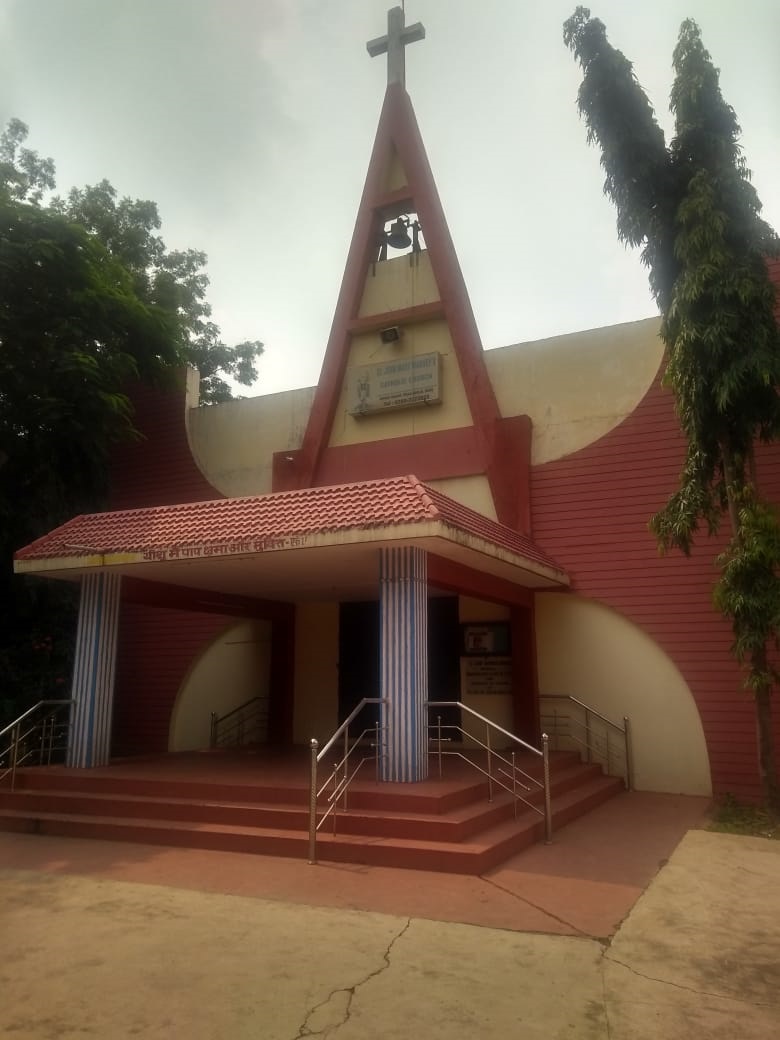 Risali is a township developed as part of the steel plant area. Many of the people who worked in and around the steel plant settled down in this area. The parish of Risali was started in the year 1981, bifurcating it from the parish of Bhilai-Sector 6. A plot of land which was purchased by Fr. Mani A. is where the present church is built. Rev. Fr. George Kavalam was the first parish priest. A plot of land was purchased at Utai and a small church was built. The Holy Mass is offered on every Sunday at Utai either in the church or at the RTC centre. The Sisters of the Society of Catholic Medical Missionaries are serving at Selud. The Holy Mass is also offered in the convent every week. Risali is one of the flourishing parishes in Bhilai area.