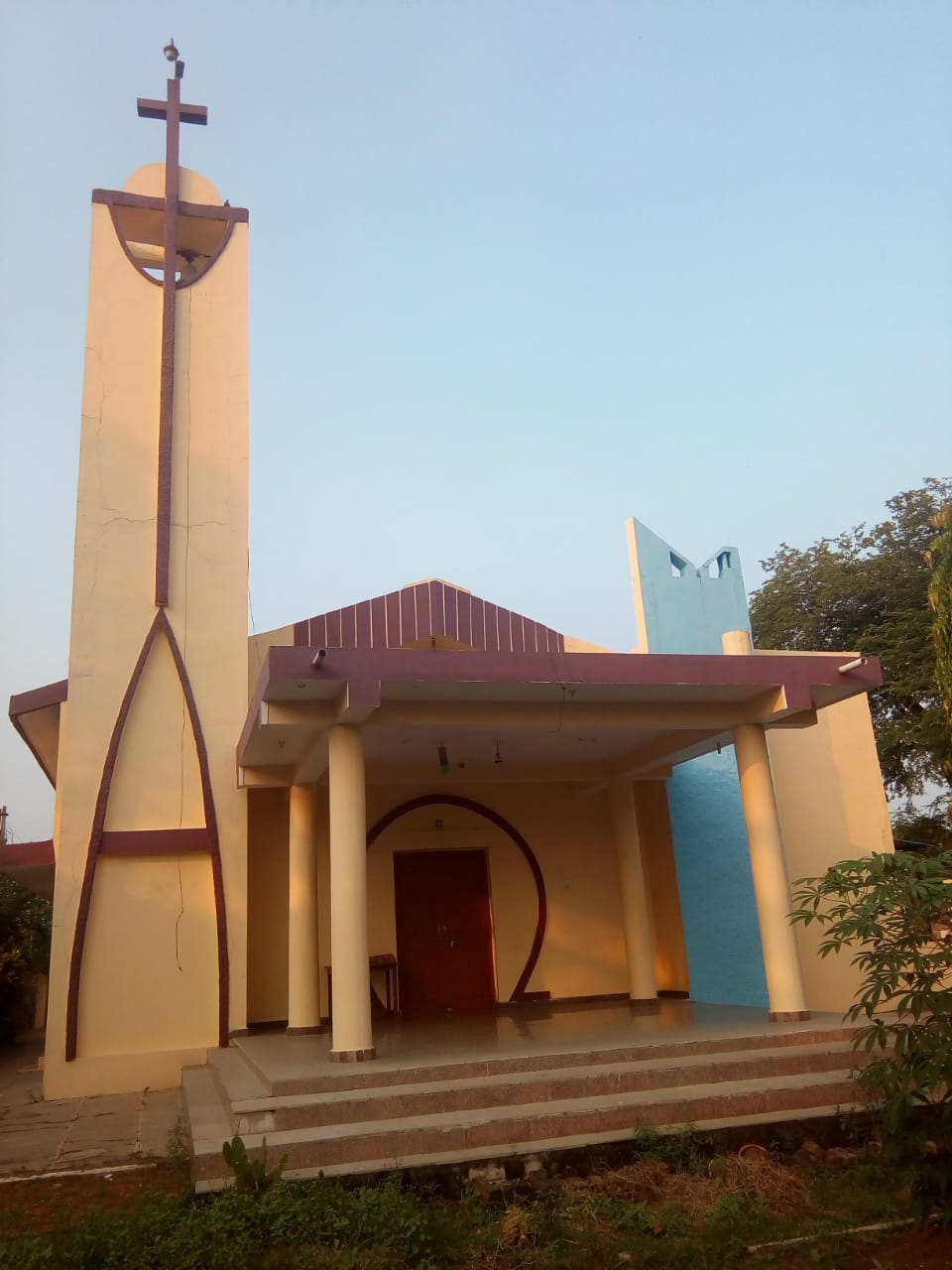 In the year 1885, a few Catholics reached Rajnandgaon in search of job opportunities. They were employed by the king of Rajnandgaon. These Catholics settled down here. As the number of Catholics increased, they approached the old Queen and submitted a petition to allot some land for a church and a graveyard. The queen granted their request. A small church dedicated to St. John the Baptist came into being. The cemetery is near to the Digvijay Stadium.

Priests from Dongargarh used to visit Rajnandgaon to fulfill the pastoral needs of the people.On February 2, 1975, Rev. Fr. James Lackaparampil, SAC and the JMJ Sisters reached Rajnandgaon. A plot of land was taken on lease from Rajgami Sampada, govt. of M.P. They stayed in rented quarters and opened the K.G. section of the Weidner Memorial School. Fr. James Lakaparampil built the first part of the school building and a house where the present nursery is functioning.

On April 1, 1979, Rev. Fr. Sebastian Poomattam was appointed the priest in-charge and manager of the school. A small structure was constructed by Fr. Sebastian Poomattam to stay which was later on used as staff quarters. He purchased a plot of land for the church at Kaurin Bhatha and on April 10, 1979 the parish of Rajnandgaon was erected and Rev. Fr. Sebastian became the first parish priest. Rev. Fr. Joseph Pullenkav built the present church and the presbytery on a piece of land close to the school. Chowki is a substation under Rajnandgaon with a population of 65 Catholics, where Holy Mass is offered regularly