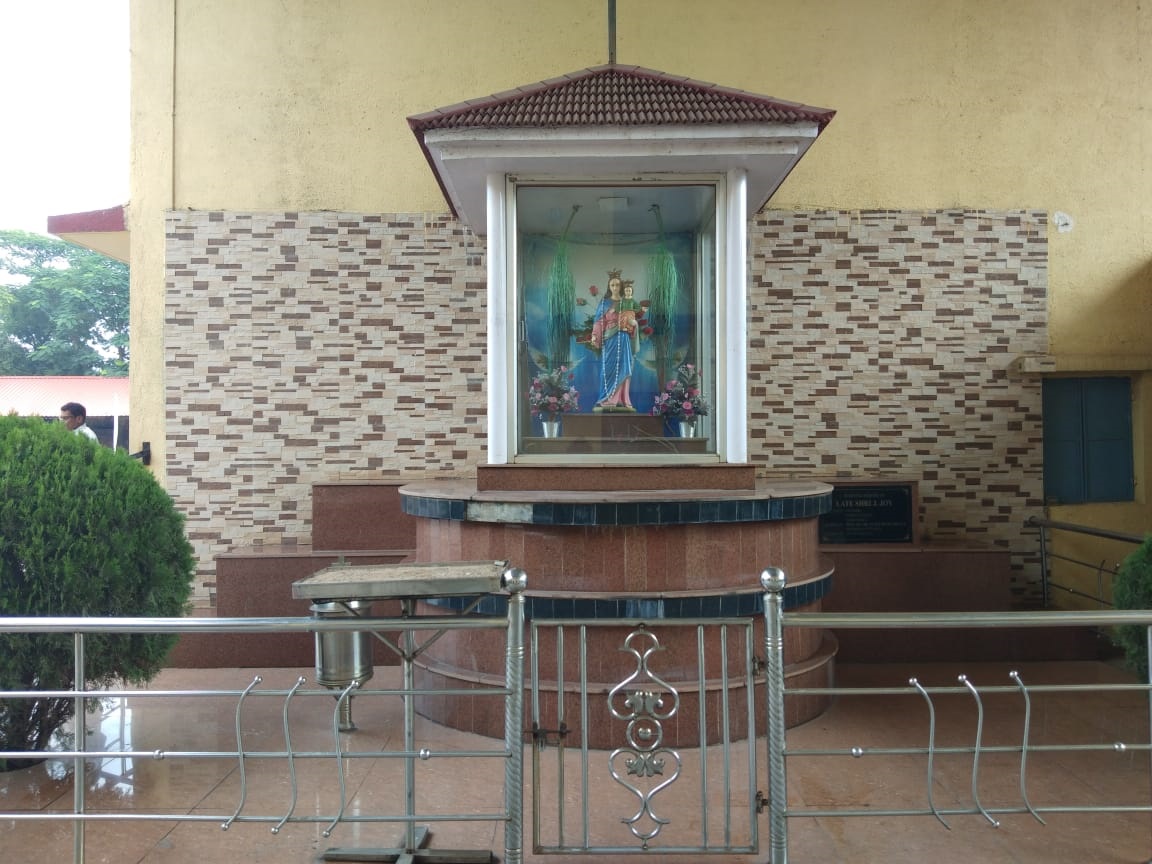 In the year 1955 the government of India with the help of the USSR (now Russia) started the Bhilai Steel Plant in Bhilai in the district of Durg. As a result the people from all over India reached Bhilai in search of jobs and many of them settled in Khursipar area of Bhilai Tehsil. Among these settlers there were about 50-60 Catholics mainly from Kerala, Tamil Nadu, Andhra Pradesh, Maharashtra, Bihar, Jharkhand etc. At that time there was no Church Church in the nearby area and the people had to travel to the Catholic Church, Charoda BMY for their spiritual and religious needs.

Because of the distance between Charoda and Khursipar, the Priests from Charoda began to give the Holy Mass for the people regularly only on Sundays in a B.S.P Quarters in Zone II from 1960. In the year 1975 with the help of the Catholic welfare Association, Rev. Fr. Thomas Nedumkallel started a school in the name of Nirmala Rani Vidyalaya in Khursipar Zone II, area. In the year 1978-79 Rev. Fr. Mathew Valiyathara acquired a piece of land from the Bhilai Steel Pant on lease and constructed a temporary hall with two rooms. The school was upgraded to Middle School in 1980 by the efforts of Rev. Fr. Mathew Valiyathara. In 1986 with the efforts of Rev. Fr. Joseph Pullankav and Rev. Fr. Swaminathan it became a high school and Rev. Fr. Swaminathan served as its Headmaster. In 1990 when Rev. Fr. Damien Minj was the Headmaster, the school was again upgraded to a Higher Secondary School.

It was in 1978 that St. Mary’s Church, Power House, Bhilai on the Nandini Road was made a Parish and the Khursipar Centre became a part of it. From late 1990s the Catholics of Khursipar started requesting to make Khursipar as an independent parish and it was positively favoured by the Parish Priest of Power House Church. However it was in June 2007 that His Grace, Most Rev. Joseph Augustine erected Khursipar as an independent Parish under the patronage of St. Jude. Rev. Fr. Ligo Mathew who was then the Principal of Nirmala Rani Vidyalaya became also the first Parish Priest of St. Jud’s Church, Khursipar. He served until 2014 and then Rev. Thomas Kandathil from 2014-2015 and since 2015, Rev. Fr. Thainese Raj is serving as Parish Priest and Principal of the school.