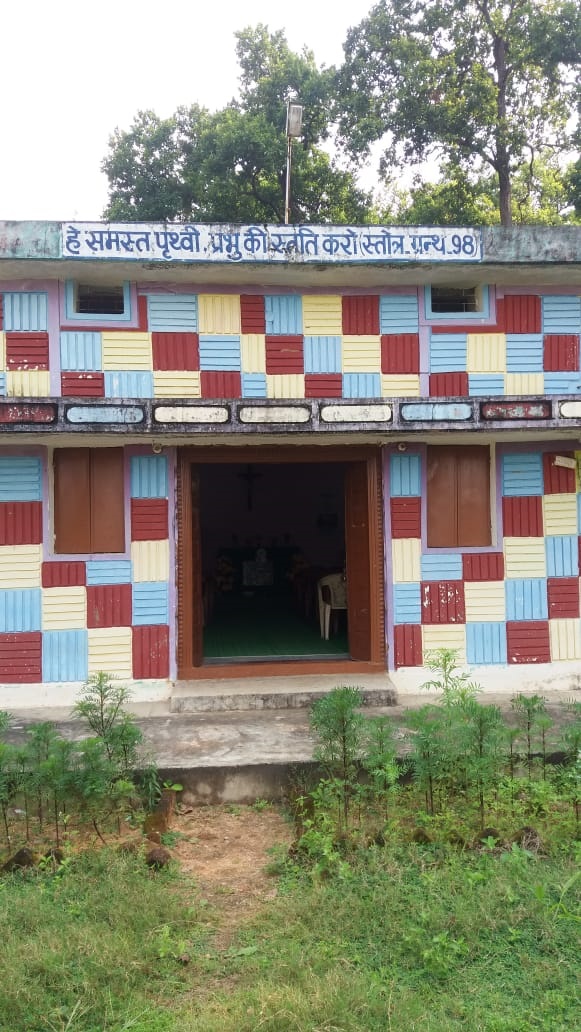 Gariabandh was a substation of Banjari parish and later on it was looked after by Hasda Mission. The station was looked after from Pastoral Centre, Raipur. During this time, the Diocese purchased the present plot of land. There was only a small Christian community. Later on the mission was handed over to the Jesuits and Fr. Barnabas Toppo, S.J. of Sweet Memory with an assistant Fr. Ignatius Bara. Gariabandh now is a District Headquarter and hence the number of Christian families has increased.