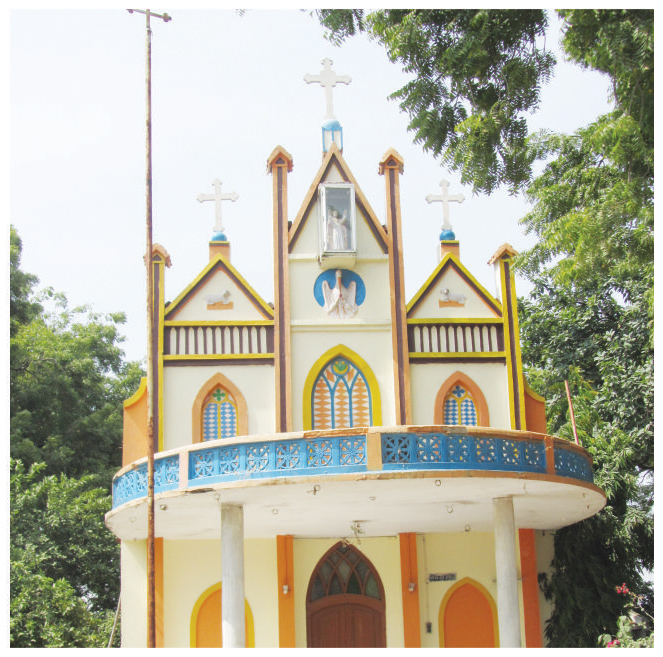 We get the glimpse of the history of Dongargarh from the letters,  Rev. Fr. Joseph Buttay M.S.F.S. sent to his Superior General. In a letter dated 12-5-1884, he wrote that he had only 300 Christians scattered throughout the land. According to the census of 1896, there were 87 Catholics in Dongargarh. Till 1894, Dongargarh had been under the jurisdiction of the Archdiocese of Vishakhapattanam and partly under the Archdiocese of Nagpur. The first Chapel at Dongargarh was built by the zealous missionary, Rev. Fr. Joseph Buttay.

Calvary mount at Dongargarh, which proclaims to the world the message of God’s redemptive love and man’s hope in eternal life, has become a center of Christian pilgrimage. The Cross was erected by Fr. Xavier Chirackal on the mountain. Every year during the holy season of Lent thousands of people visit the pilgrim center.