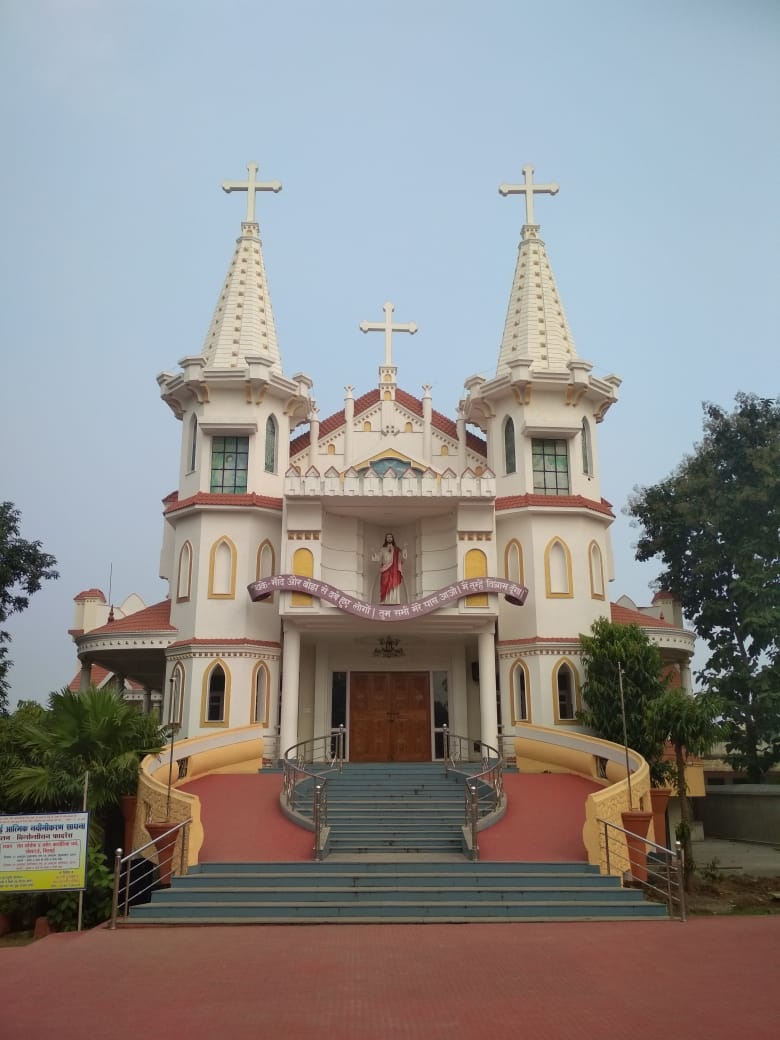 From the starting of the Hindustan Construction Company in 1955, the number of Catholics went on increasing. As the migrations continued, priests from Nagpur were sent to look after the pastoral needs of the people in the beginning. They were followed by Rev. Fathers Macaria, Mcguinley,
M.D. Sebastian, Msgr. John Weidner and Msgr. Hunold. Since 1963 this area came to be looked after from Charoda. Bhilai parish was erected in 1965 and Rev. Fr. Peter Paul was appointed parish priest. The first church was constructed by him and later on the parish hall was constructed by Rev. Fr. John Thodukayil. Due to the efforts of Rev. Fr. Thomas Vadakekkary an effective Parish Council was formed in the parish, which is the first parish council in the Diocese. A new church was built by Fr. Michel Vedamuthu and Fr. Joseph Chirapuram and the extension of the hall was done by Fr. Joseph Vaippemmadom and Fr. Shivo Joseph and was blessed on 26.02.2017. The Sisters of Adoration of the Blessed Sacrament rendered their pastoral services in the parish from 1971 to 1991. The Golden Jubilee of the parish was celebrated in 2015.