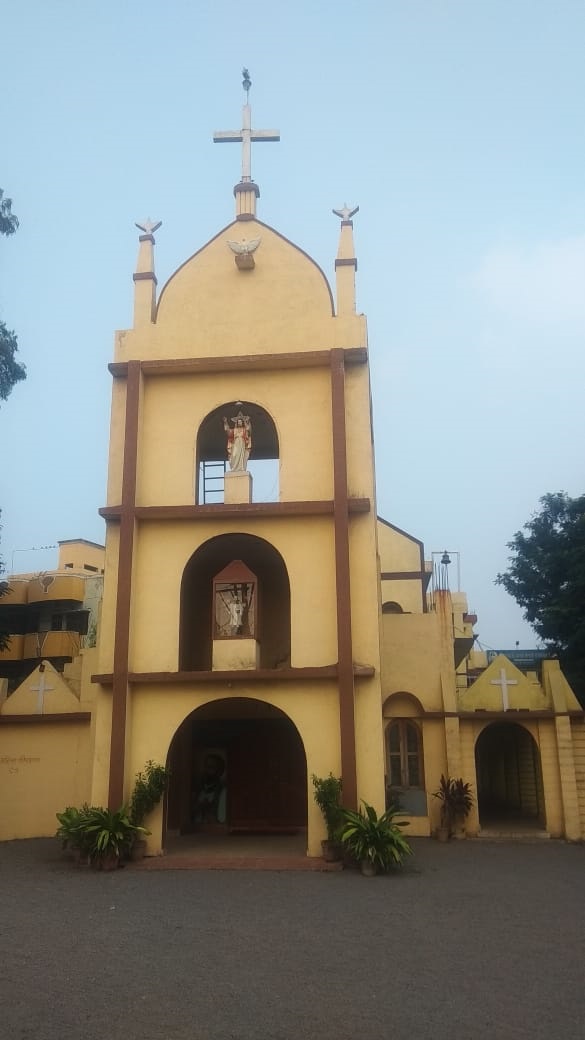 The Anusandhan Ashram at Bhanpuri run by Sadhu Ittiyavira was closed down in 1973 and the center was handed over to the diocese and Rev. Fr. Thomas Elipulikatt was appointed as the Priest-in-charge. Diocesan Minor Seminary was started here in 1978. Rev. Fr. Jacob Puthenkandom was the first Rector of the Seminary as well as and the first Parish Priest of Bhanpuri in 1978. A church was constructed in 1979 which was renovated in the year 2014-15. Catholics are mostly traditional and are employed in railways, other government and private jobs. It has a substation at Rawabhatta consisting of mostly tribals working as daily labourers in and around the industrial area.